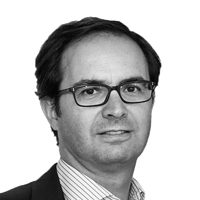 (1) Reporting channel to CEO for Argentina, Colombia, Chile, Peru, Venezuela, Uruguay and Paraguay, as well as monitoring of all countries, including Spain, Mexico, Turkey and USA.

Other websites of BBVA

We use third-party and own cookies for improve our services and showing the users advertising related to your preferences through the analysis of your navigational habits. If you continue browsing, we assume that you accept its use. More info